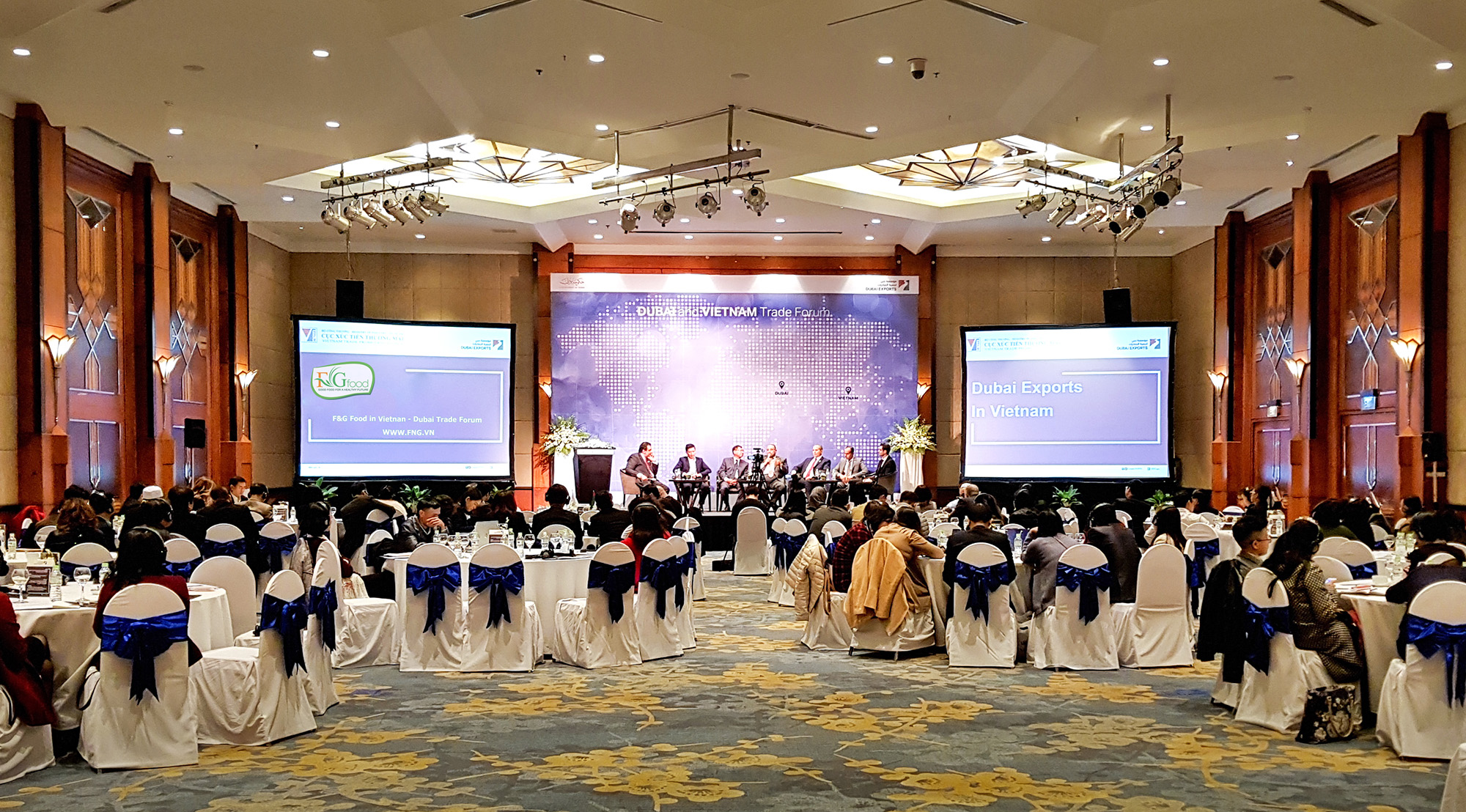 Bùi Thị Thanh An, deputy head of the Trade Promotion Agency under the Ministry of Industry and Trade delivered this statement at a business forum held on November 23 in the capital, which saw the participation of more than 20 firms from the UAE.

To date, businesses from the UAE are involved in 12 investment projects in Việt Nam, with capital totaling more than US$142 million. These projects are mainly in the mining, real estate and tourism sectors.

Two-way trade has also experienced positive growth, reaching $5.45 billion in 2016 and $4.8 billion in the first 10 months of this year. Of the total, Việt Nam exported $4.37 billion worth of goods including telephones, electronics components, machinery, footwear and farm produce.

These figures, however, remained modest, An said while encouraging two nations’ businesses to take the initiative in studying each other’ import-export demand and explore new co-operation opportunities.

Lê Thái Hòa, deputy head of the ministry’s Asia-Africa Market Department, said the UAE was considered one of Việt Nam’s most important partners in the Middle East. Over the years, Việt Nam has implemented many trade and investment promotion activities in the UAE, a move designed to strengthen its ties with the nation, he said.

According to Hòa, there remains room for the two business communities to accelerate bilateral co-ordination.

Representatives from Dubai Exports, the export promotion agency of Dubai Economy, agreed that the potential for co-operation between enterprises from the two countries is largely untapped. He added that Việt Nam would be a gateway for UAE firms to penetrate the whole Asian region.

Việt Nam and the UAE are making a greater effort to raise two-way trade to $10 billion in the next few years.

The Vietnamese Trade Office in the UAE said it will strengthen trade promotion through exhibitions and showcases of Vietnamese foods, farm produce and fruits in major supermarkets in the UAE.

At the same time, the office will also help enterprises seek UAE partners and verify their information.

Meanwhile, the Ministry of Industry and Trade will continue negotiating and signing co-operation deals to support enterprises from both sides. — VNS